The new Zesa Holdings board says it is sharpening its swords for a brutal fight against misgovernance at the State-owned power utility, especially alleged corruption in tender awards and nepotism.

The board, which would sign performance contracts, also intends to successfully complete electricity generation projects currently underway such as the US$1,4 billion Hwange Power Station Expansion, which will add 600MW to the grid.

On the day of appointment, Energy and Power Development Minister Dr Joram Gumbo, said the board has several tasks that include superintending over the re-bundling process of Zesa, eliminating corruption and completing ongoing power projects.

Mr Chihuri told The Sunday Mail Business that while the task awaiting them at Zesa is gigantic, it would only be overcame if all members pulled in the same direction.

“Certainly as the minister said, there are great challenges but the challenges are not insurmountable as long as we put in good effort,” said Mr Chihuri.

He promised that the new board will hit the ground running, and largely look at ensuring that power is available for both domestic and commercial consumers. Zimbabwe has not had load shedding since December 2015 mainly due to investments in new energy projects and refurbishments of existing infrastructure, particularly since 2009.

“We will certainly look at making power availability a core issue. Since 2015 there have been no challenges, so it’s one aspect we have to ensure that it’s maintained.

“There are also big projects underway, and our task is to ensure that we support them. We also have to look at corruption and other governance shortcomings. Certainly, we have to look at such issues. So it’s a big task but we are equal to the task,” said Mr Chihuri.

Tackling corruption will test the resolve of the new board to the limit.

Zesa has had the tag of having the “most corrupt” officials stuck on it for a long time.

Management has previously been accused of offering themselves humongous salaries and perquisites (incidental benefits) even at a time when the entity was not operating profitably and efficiently. 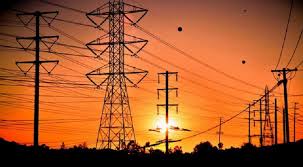