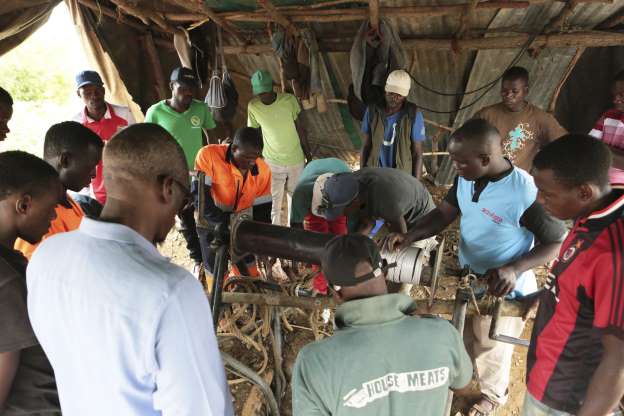 The Mining community in Zimbabwe is in mourning with the sad news of the illegal miners accident in the Battlefields area. The Authorities have reported that the number of casualties could be about 50 as none are expected to have survived flooding in the shafts.

The miners were trapped on Tuesday night when the shafts they were working in were flooded after a nearby dam burst.

Some of the shafts were 100 metres deep and rescue teams from nearby mines like Zimplats and the Civil Protection Unit were pumping water from shafts and tunnels before recovering the estimated 50 bodies.